Had your fill of betting on regular sporting events like ice hockey, football and soccer? You can have some fun with one of the many novelty bets offered by bookmakers on subjects like TV shows, current affairs, or just about anything. Here are some of the most random novelty bets we’ve ever heard about.

Dreaming of a White Christmas

Ah Christmas, that magical time of the year! A time for family, roast turkey and, of course, betting on whether snow falls. This peculiar betting tradition is decades old in the United Kingdom, with different odds sometimes offered according to the part of the country one wishes to bet on. 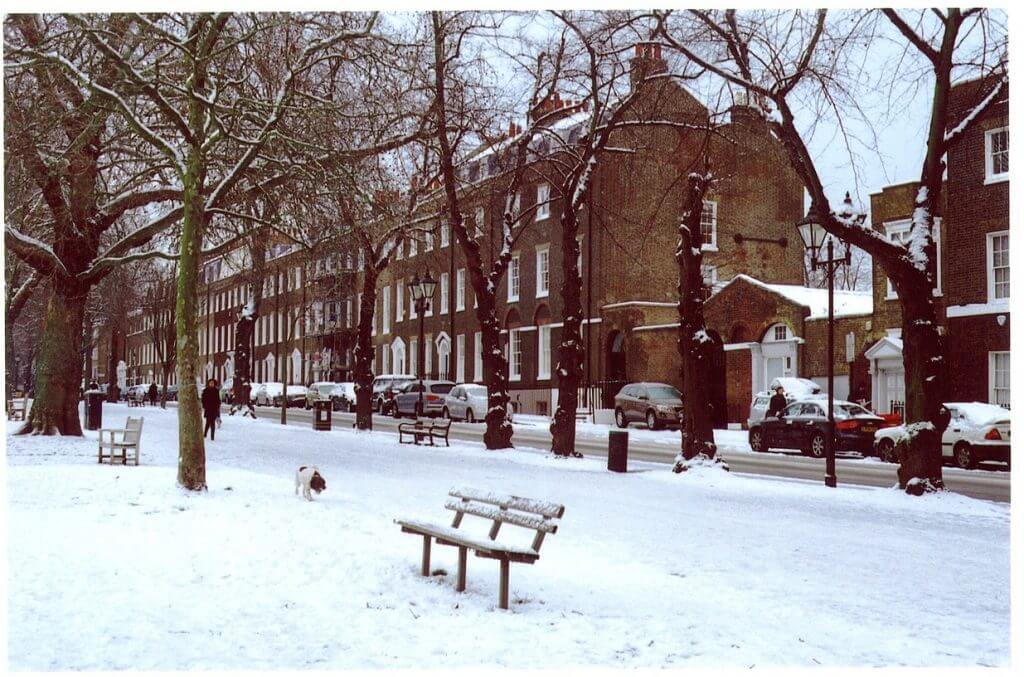 For a White Christmas bet to win, snowflakes must fall on December 25 itself. So any snow left from a heavy fall on previous days would not count.

A White Christmas is naturally a much more frequent occurrence in Canada, so choose your bet carefully!

Does Trump Measure Up?

You could be forgiven for thinking that politics is too serious a business to wager on…think again! The likes of party leadership battles, presidential elections and national referendums are all open for betting with many bookmakers.

Funnily enough, bookmaker odds are usually a good guide on the likelihood of an event occurring, as people tend to put their money where their mouth is. However, the bookies don’t always get it right! 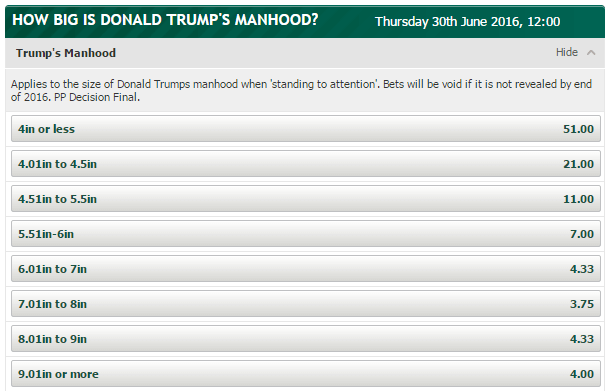 Betting terms stated that all bets would be void at the end of 2016 if there was no evidence to reveal the size.

Canadians wager millions of bucks’ worth on the Superbowl every year, even though there is no NFL franchise in the country.

The regular betting markets like the gameline, under/over and game-related prop bets are all available. But if you want to bet on something a bit more quirky, how about the color of the Gatorade poured on the winning coach? The winning selection in 2016 was orange, which had been the overwhelming favorite in the pre-game betting market.

Other past Superbowl novelty bets have included the choice of outfit worn by TV announcers, the duration of the national anthem and the person thanked first in the game MVP’s speech.

Betting around TV and entertainment has traditionally been on the winners of awards like the Oscars and the VMAs. With the ever-growing popularity of reality TV and talent shows, the scope for TV fans to bet on their favorite programming has broadened.

One particular group of bets caught our eye when scouring for TV bets: those related to fantasy series Game of Thrones. William Hill will allow you to bet on who will rule the Seven Kingdoms at the end of the final episode, while several bookmakers ask punters who they think will be the next character to die in the fictional show.

God Save the Queen(‘s hat)

Queen Elizabeth II is the longest-reigning monarch in the history of the United Kingdom and one of the most recognizable figures in the world. She is also (as far as we know) the only person whose hat is the subject of a regular betting market.

The famous Ascot meeting in the UK has long attracted enough wagers as it is on horse racing. But bookies invented a quirky bet to give punters something different to bet their money on: the color of the Queen’s hat on Ladies’ Day at the festival. While there is some dispute about which bookie came up with the idea first, it seems to be accepted that the bet was first introduced in the 1970’s. 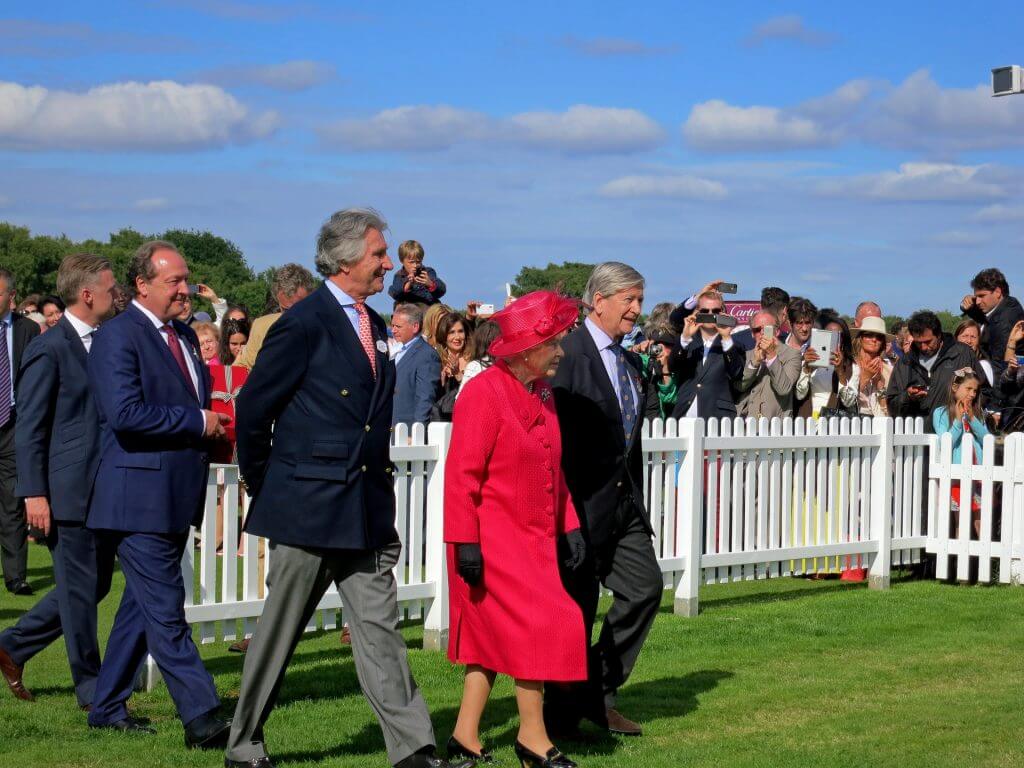 Interestingly, betting on this market has often been suspended over the years. Somehow the public keep getting wind of the color before the event and you can understand the bookies getting suspicious when punters try to bet their monthly wages on such an obscure bet!

Royal Family bets are not limited to the Queen’s hat, so if you love the monarchy, why not try to predict the sex of Prince William and Kate’s children, the identity of the next monarch after Elizabeth, or the year in which Prince Harry gets married?

Do you like weird and wacky betting? Read our guide to dead pooling, where you can predict which celebrity will be next to hit the bucket!